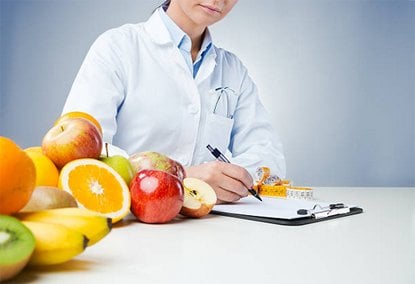 At Bay Wellness Centre in Vancouver BC, we, the clinic’s team of naturopathic doctors, love to use nutrient IV’s to increase the health of our patients quickly! Despite eating a perfectly clean and organic diet, we still don’t absorb and assimilate all of the nutrients that we consume. Also, in reality, we are not eating 100% clean and perfect diets – so why not boost up your nutrient status with nutrient IV’s.
Nutrient IV’s work fast because they are 100% bioavailable, bypassing your digestive tract and liver; we can get the vitamins, minerals and amino acids directly to your blood cells immediately. We also tailor each IV to each patient and the condition that we are working on.

What Can Nutrient IV’s Be Used For?

Although nutrient IV’s can be used for simple goals like boosting the immune system, increasing energy and dealing with stress, was can also make tailored IV’s to very specific conditions such as these:

Before and after travel:

• Boost your immune system to avoid getting sick while traveling on planes
• Begin your trip with higher energy
• Recover from traveling faster
These are just a few of the conditions that we can treat using IV therapy and there are many more.

What is the Meyer’s Cocktail?

One of the most common nutrient IV’s is called the Meyer’s cocktail, which was developed by Dr. Meyer’s. There is little evidence as to which nutrients and how much of each nutrient that he added to his solution, however there is much documented evidence of the improvement of his patients. Dr. Meyer typically administered his IV’s as IV pushes, which are a smaller volume than IV’s and pushed in by the physician manually. We can administer nutrients by IV or IV push, however, IV’s are typically more comfortable than IV pushes.

Nutrients that we can add to IV’s are as follows:

• Ascorbic acid (vitamin C)
• Thiamin (vitamin B1)
• Dexpanthenol (vitamin B5)
• Pyridoxine (vitamin B6)
• Hydroxycobalamin (vitamin B12)
• B complex
• Lysine
• Selenium
• Zinc
• Calcium
• Magnesium
• L-carnitine
• Taurine
• Arginine
• MIC (methionine, inositol, choline)
Based on the goal of the treatment we will increase particular nutrients in the IV solution. For example, if we are treating a cold or flu, we will increase the amount of anti-virals in the solution such as ascorbic acid and lysine.
We can also create injections with these nutrients rather than IV’s for a faster (although much smaller) delivery. Most people are familiar with methylcobalamin injections (vitamin B12),which are commonly used to supplement a vegetarian or vegan diet.
There are few side effects to nutrient IV’s, however, you may feel light headed during the administration, notice a funny taste in your mouth or develop a small bruise at the injection site. As with any injection or puncture of the skin, infections are also possible, although unlikely.